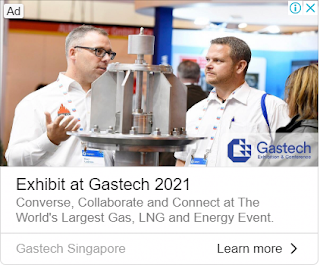 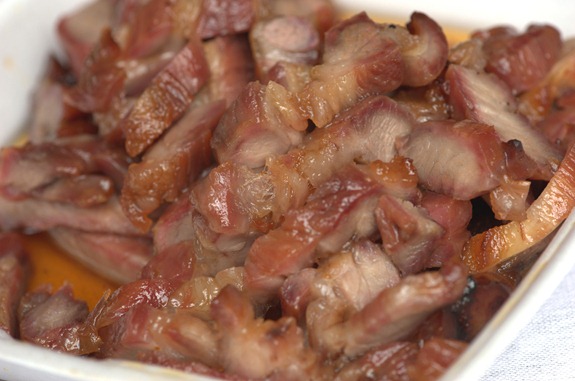 More pork fat love, but this BBQ Pork (cha siu) is WAY better than any I’ve had from other Chinese BBQ joints.

Hey Chinatown newbie, let me give you some advice… 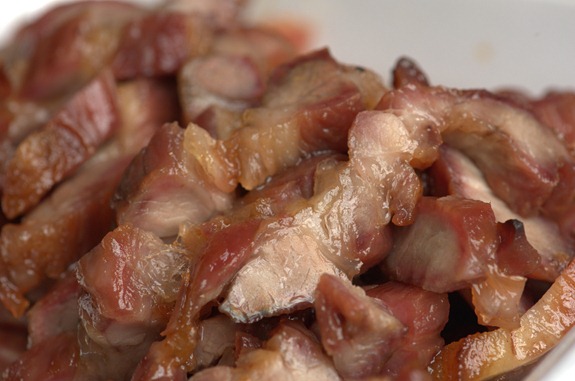 When you enter a Chinatown institution like Kam Gok Yuen, with its yellowed linoleum floors and hole-in-the-wall booths, you remember a few things, ya hear? 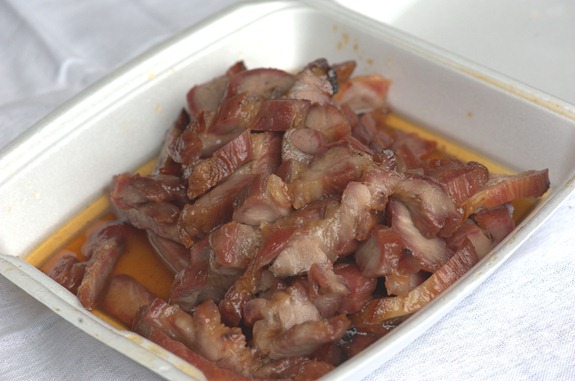 My box has 3 pieces of bbq pork chopped up.  One is lean (for Bebe) and the other two pieces are 50/50.  The kiddies already tucked into the box of cha siu before I took the pic because it’s SO GOOD warm and fresh.  They ate about one whole piece altogether. 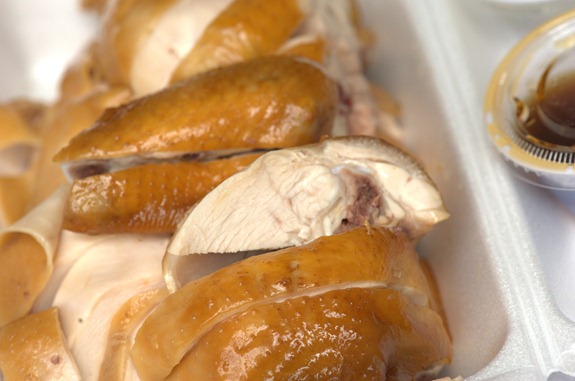 If perchance you’d like to taste THE BEST SOY SAUCE CHICKEN in Metro Vancouver, you will order some here.  I’m sticking my neck out about this one saying that, but I have yet to taste any better and I’ve had a lot of soy sauce chicken.  This one is so silky tender.  The meat is juicy and there is nary a bit o’ fat between the skin and meat.  A good thing.  I purchased a half a chicken (they sell by whole or halves) and it comes with two condiments:  a sweetish soy dip and scallion/ginger dip. 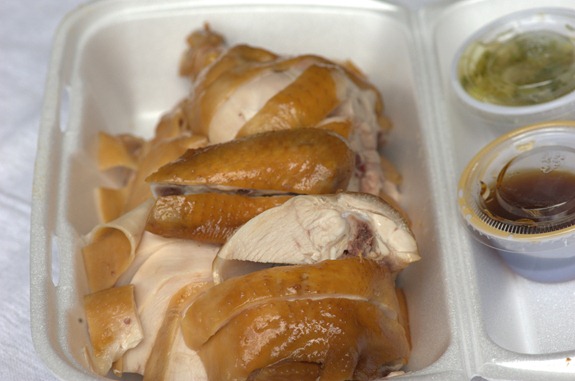 This is why you need to watch your poultry being cut at Kam Gok Yuen…and I guess possibly at other BBQ stores that have a restaurant.  The BBQ section is in the front but there is also a restaurant dining section at the back.  The restaurant patrons can order bbq items on rice.  Guess where they get the bbq from?  Well, apparently a piece of leg from each customer can add up and so the theory goes…

In the past, my mother and Stomach have both opened up their styrofoam containers at one point in their lives to discover the chicken looking a tad smaller than they remember.   You can be missing a part of a leg if you order a whole cut chicken.  It’s more noticeable to miss a piece if you buy a half I think.  When it’s extremely busy, and the customer is not watching, it is rumoured that the bbq master will snatch one piece from the leg and set it aside for those bbq rice dishes.  Pretty sneaky.  It all happens very quickly because he’s so fast with his cleaver.  You’ve got to watch him chop it up.  After a few of these little pieces, he’s accumulated enough for a rice bowl.  This only occurs with the chicken or duck I think because it’s sold by the whole or half.

This did not happen to me.  I always watch intently anyway because I’m fascinated by his knife skills.  He cut up the chicken deftly and even plopped in the neck part and every bit of wing tip.   My mother and I love the little wing tip.  It’s coveted and gnaw-worthy but I always give it to her anyway.  Filial piety, you know. 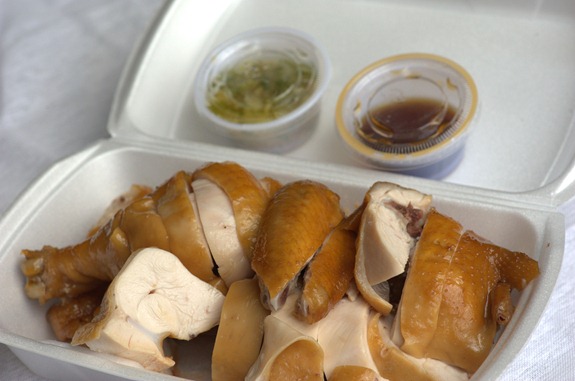 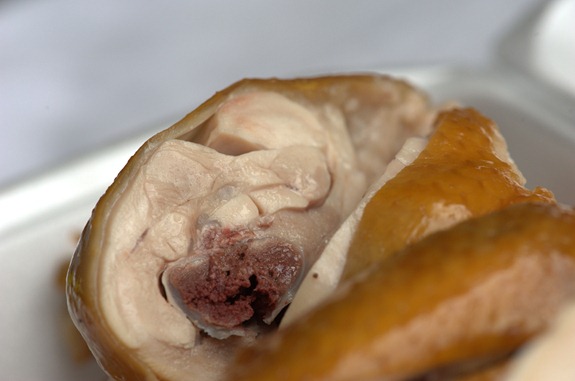 One of the features of a good Soy Sauce Chicken is the meat’s tenderness throughout—particularly including the white meat.  A problem with some BBQ shops is that after the meat is cut, you will see that the meat near the bone is pink and a bit bloody.  This is not a good thing in my book.  At Kam Gok Yuen, the meat is cooked but as you can see, the bone marrow indicates that it is just right.  The cooking time was impeccable.  There’s no bright red chicken blood oozing from the bone marrow.  See? 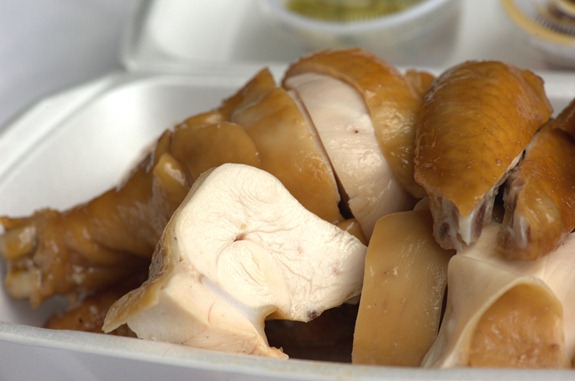 17 Aug 2014
Newsletters Cakes Recipess
GET THE LATEST RECIPE UPDATE RECIPES!
ENTER YOUR EMAIL, AND WE WILL SEND OUR NEWEST RECIPES TO YOUR EMAIL
FREE TRIAL