As a true gourmet, I like to try new flavors. As I’ve been paying more attention to healthier desserts for a while now, I’ve started to think about ingredients and use foods I haven’t used before. So at first I was won over by almond butter. When I tried it, the same seconds it became my favorite spread that I would spread all over “on a spoon”. Since moderation is the secret to success, I stopped at one tablespoon and used the butter to make these simple biscuits. 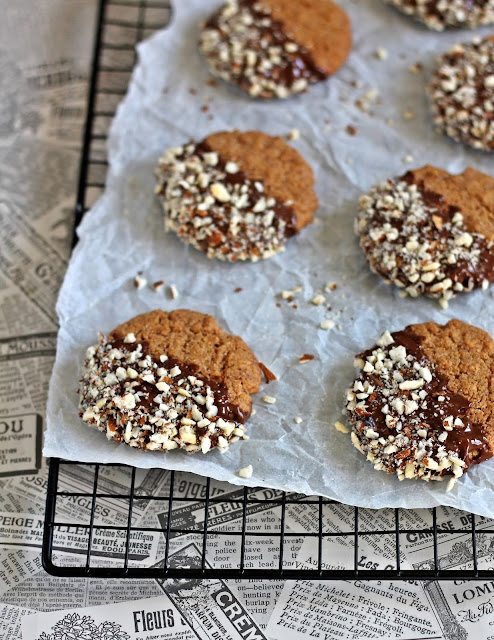 Beat the egg. Stir a few tablespoons of erythritol or sugar into the almond butter and try the sweetness. Add the egg and baking soda and stir until the ingredients are combined. The mixture will become thick enough that you can form balls and is enough for 18 biscuits. Shape into balls and arrange them on a baking sheet lined with baking paper, then flatten them slightly. Leave enough space between the balls, as the biscuits will spread during baking. Bake for 10 minutes in an oven preheated to 180°C. Let the baked biscuits stand for 5 minutes, then transfer them to a wire rack and allow to cool completely. Dip the cooled biscuits in melted chocolate (half a biscuit) and sprinkle with pieces of almonds.