When I tried Majina’s first bite pies, “that’s it” went through my head. It was the taste of that old-fashioned, grandma’s pie. Extremely crispy (but not dry), the filling just hit the sweetness, and the apples didn’t turn into puree. I already have a few different recipes posted on the blog for apple pie, but none involve cooking apple juice for stuffing. 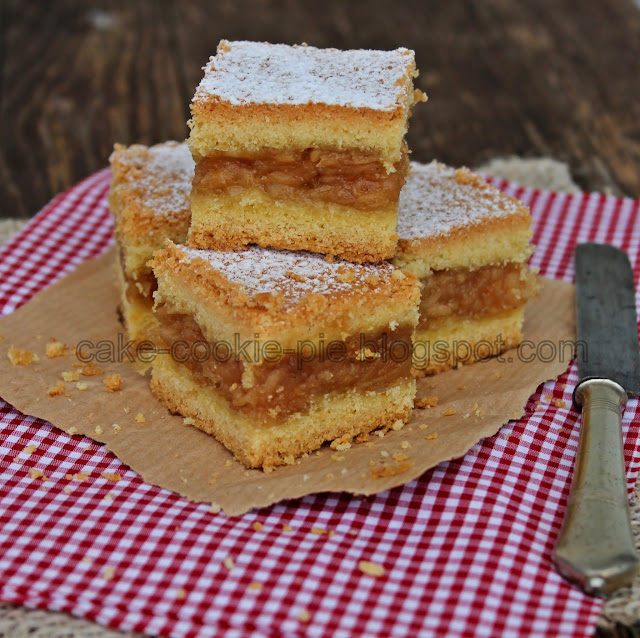 This is the first (and hopefully the last) pie I made while sitting. In mid-August, I had an accident in the kitchen. I was preparing lunch. On the terrace on the table, they were already waiting for a side dish and a salad, all I had to do was take the meat out of the pan. I held the plate in my left hand and took out the first piece of meat. When I started to take out the second piece, the plate, I don’t even know how, slipped out of my hand and fell to the floor. It shattered into several larger pieces, one of which hit a vein on the ridge. Unstoppable bleeding, emergency, suturing, … Recovery is terribly slow. The hematoma, which was initially palm-sized, recedes slowly and I still can’t move my fingers and walk normally. I promised myself that I would be more careful in the work I do automatically – that I would put the plate on the work surface next to the stove while I take food out of the pan, that I would carry it to the table holding it with both hands, that I would not wear flip flops while cooking, … Also, I want all cooking lovers to be more careful, to prevent accidents in the kitchen. 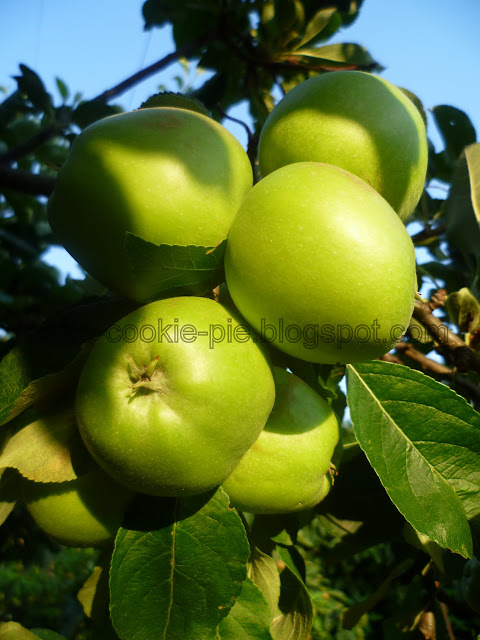 Peel an apple, grate it and squeeze the juice. Let stand for half an hour, then squeeze the juice out of them well with your hands. Put the juice in a deeper pan and add the sugar. When it boils, let it cook on a medium heat for another 10-15 minutes, or until it takes on the appearance of a thick syrup. Allow the syrup to cool slightly, then add the apples, cinnamon, semolina and mix well. 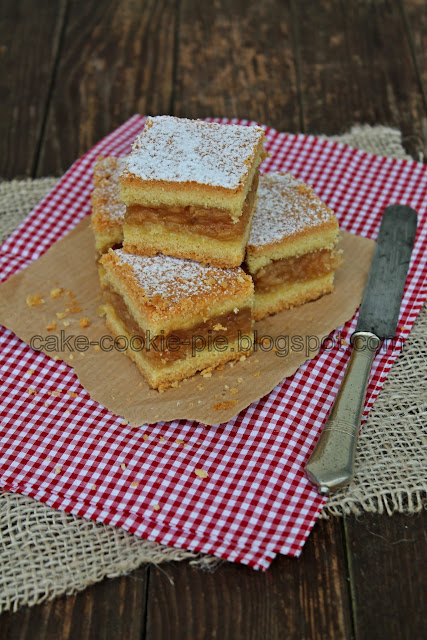 Add the fat, egg, yolks, sugar, vanilla sugar, baking powder and milk to the mixing bowl. Mix until the ingredients are combined. Stir the flour into this mixture with a fork and spread the mixture on a floured surface. Knead the dough and divide into two parts. Roll out half of the dough on baking paper. The dough that contains fat instead of butter is softer and fattier so I prefer to use baking paper so I don’t have to use extra flour for the surface. Roll out the rolled dough into a deeper baking sheet measuring 30 x 20 cm and remove the baking paper. Spread the filling over the dough. Roll out the remaining dough on baking paper, turn over the filling and remove the baking paper. Cut shallow patterns diagonally on the dough. Bake for 20 minutes in an oven preheated to 200 ° C, then reduce the oven temperature to 180 ° C and bake for another 25-30 minutes. Cool on a wire rack and sprinkle with powdered sugar before serving.