The question you most often asked me was – “what is vanilla paste and how can I replace it”. I finally ran out of vanilla shopping paste so it’s time to make homemade and show you what it’s all about. You can replace the vanilla paste with the same amount of vanilla extract, but if I can, I always prefer the paste. 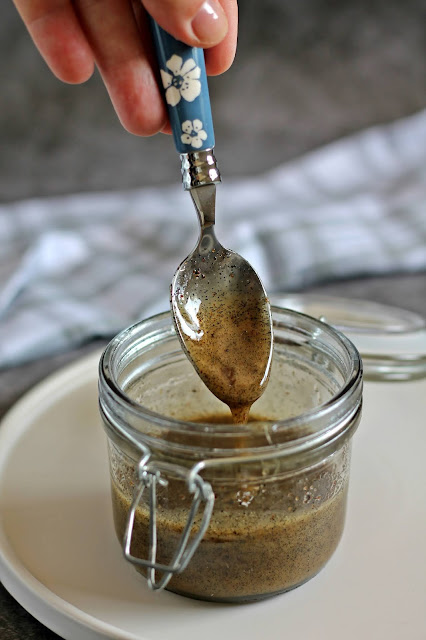 You can use vanilla pods in several ways. Cut it in half and scrape the seeds that you put directly into the cream, for example when making a pastry or some other cream. Do not throw away used vanilla pods. Put them in a jar filled with sugar and let it stand for a few days. The pod will flavor the sugar and you will get vanilla sugar. Each time you use a vanilla pod, just add it to that jar, and when you run out of sugar, add a new one to your existing pods.

You can make vanilla extract by cutting vanilla pods in half and placing them in a bottle to which you add vodka. After 6 weeks the extract is ready for use. I’ve never made the extract, but I always have a bottle of shopping in the kitchen cupboard. Finally we come to vanilla paste, so here is the recipe … 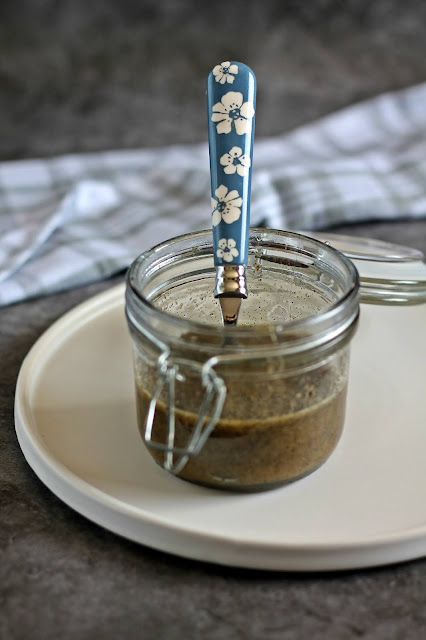 Cut the vanilla pods in half, scrape off the seeds and place them in a jar to store the paste. Cut the beans into three parts, put them in a multipractice and add honey, then pulse until the beans are chopped. Strain the mixture through a sieve and transfer to a jar. Stir well to mix the seeds with the mixture. Use as needed.